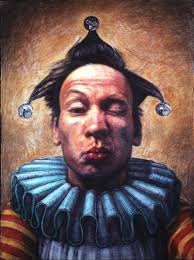 “Talk sense to a fool and he calls you foolish.”   Euripides

In the RADiCAL Buzz Newsletter (Part of the MasterPlan) I have a special place reserved for “Mind Bogglers — Ridiculous Things He Said.” There are things like the oft-heard statement to the kids …  … “This has nothing to do with you.” (Let’s see, totally turning their world upside down has nothing to do with them?)  Or as my wasband said, ‘You would really like her if you got to know her.”  I don’t think so.

My problem was that I thought if I just did or said exactly the right thing, he would come to his senses or he would see the folly of his ways or he would realize what a ridiculous and terrible thing he was doing. I eventually realized that nothing I said … nothing I did … could change the path he had decided on. Tears didn’t. Fasting didn’t.  Shouting didn’t. Letters didn’t. Prayers didn’t.

But, still, he would make some absolutely ridiculous comment and I would feel compelled to respond. In the end, I looked as foolish as he did by giving his arguments any stage at all. Most likely, your wasband is doing destructive, foolish things. Whether he realizes it or not, he is on a destructive, foolish road. Don’t take that trip with him. You have better places to go, and there will be fools enough along the way to keep him company.

“Don’t respond to the stupidity of a fool; you’ll only look foolish yourself.”   Proverbs 26:4 (The Message)